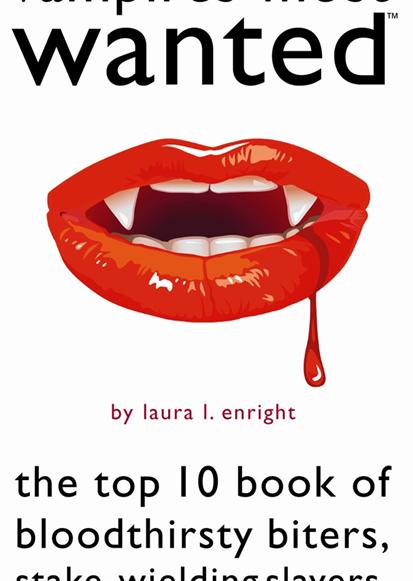 Drink it all in

The editors at Potomac asked me to do another book in their Most Wanted series and since I was, at that time, finishing the third book in my vampire fiction series set in Chicago, the theme of "vampires" seemed like a good idea. It was another fun book to research and I never realized just how much there was out there concerning vampires in myth, entertainment, even culture.

The Introduction of Vampires' Most Wanted:

What is a vampire? It's a more complex question than one might think. Now considered sexy, the vampire was at one time often regarded as vermin or a metaphor for the plague. Ghouls with noting more on their minds than obtaining sustenance, they rose, sucked blood, then returned to the grave until hunger sent them forth again. They were a necrophiliac's dream, perhaps, but little more than that.

Journeying back through time, however, the answer to the question is subjective. The nature of the beast depended upon the time and place. The vampire's role in society, for it has always had a role to play, was inherent upon the culture in which it appeared. Vampires could be seen as mischievous spirits, relatives returning from the grave and searching for comfort, mindless creatures hungry for blood or other bodily secretions, sensual beings whose only drive was to sexually torture the living, or powerful deities that demanded blood to prove the believer's faith. All this and more can be found in the notion of the vampire, a legendary creature that has remained vibrant after the legends of other creatures have sputtered out.

To be fair, the vampire has had its "champions" throughout the centuries who have helped keep it alive. Superstitious peasants, the church, and Bram Stoker have fed society's own need for fantasy and romance. These patrons have consistently given the notion of the vampire new life at just the right time to spur it on.

Yet it is the vampire's malleability that has best helped it survive. The vampire has the ability to become what we need when we need it.

Throughout time, the vampire has been the sum of all our fears and the perfect scapegoat, yet it has retained an allure that has carried it across centuries and evolved, as we have, to fit our fantasies today. An ancient bogeyman, by turns, has become a romantic figure, superhero and teen dream.