Don't Over Think it.

It's Supposed to be Fun

I love humor in writing. I'm a huge fan of Douglas Adams and I loved the Stainless Steel Rat series by Harry Harrison. I wanted to write a book along those lines, and I've always enjoyed "buddy" stories, so I came up with Trouble and Bear, two brothers who'd hardly admit to caring for each other, but nevertheless defend each other the moment the need arises. Both are con men with consciences and sometimes that causes them even more problems. It was a lot of fun to write. Hopefully people find it as much fun to read. That's why I say: Don't over think it. It's supposed to be fun.

After a life of planet hopping and lawless scrounging, Bear finds himself settling nicely into the relatively cushy job of Sheriff for the Jeffers City mining town on the planet Exiise. Most of the miners in this sun-dried and dusty town are too worn out by the end of the day to give him much of a problem. Besides, few would be willing to go up against a man every bit as big and snarly as his name suggests.His peace is disturbed when his brother Trouble blows into town looking for Bear to join him in one of his plots. Aptly named, whatever trouble the younger man doesn't unearth, he causes, as he does when he suggests stealing back from Alby Jeffers a piece of equipment the town boss himself stole. As owner of pretty much everything in the town, Jeffers is not a man to be trifled with: A fact that Trouble learns when his scheming uncovers Jeffers’ designs for a power grab that reaches beyond the planet to the entire galaxy. Much to Bears’ irritation, Trouble decides that it’s up to the brothers to stop him, and Bear’s own conscience makes it impossible for him to argue the point. 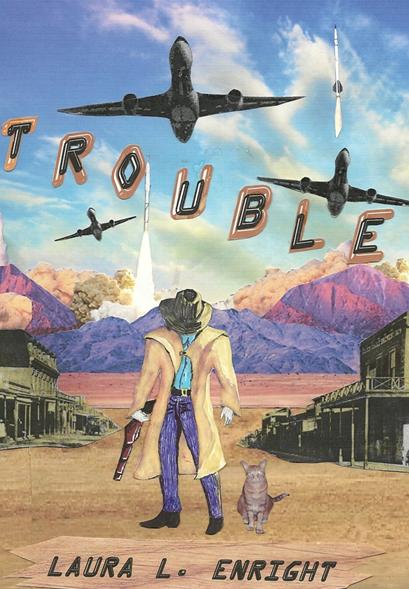