A Novel I Never  Expected to Write

This is the project closest to my heart. It's the novel I wrote unexpectedly that spawned three more books (and counting) in the series and a spin-off featuring ghosthunters. I just can't stop telling the stories. The novel is available on Amazon in paperback and Kindle formats.

Narain Khan leaves his home in India at the age of 25 to fight in European trenches in WWI. Wounded on the field of battle, he is attacked by feral vampires and must suffer the consequences as the decades go by. Helping him adjust is his beloved Sophie, who is not only his wife, but also his food source, enabling him to lead as normal a life as possible. The novel opens in present day Chicago when Narain has reached a crossroad. Cancer has taken Sophie the previous year and after the stockpile of blood she left him has been depleted, Narain is faced with again having to hunt for his food, something that he not only considers akin to pick-pocketing, but that also makes him worry he’ll pass on the condition. If left too long, however, hunger can bring out the deadly feral nature even in a sentient. As a well-respected chef and owner of a successful Chicago restaurant, Narain has worked very hard to promote a veneer of normalcy. The last thing he and his business partner Dom Amato need is for Narain’s hunger to get the better of him

Compounding this problem is the re-emergence of two ghosts from his past.  Captain Reginald Jameson had been a sadistic buffoon when Narain had challenged him in the trenches of World War I.  The vampire Jameson of 90 years later is infinitely more dangerous, his sadism backed by the bizarre abilities of their condition.  A year before Jameson had captured another fellow soldier turned vampire, Private Fred Blythe, after new construction in the area disturbed Blythe’s hibernation deep in the French countryside.  He was taken to Jameson’s Los Angeles lab so that researchers could discover the secret of Blythe’s immunity to sunlight.  Their experiments, however, resulted in the creation of a psychopathic mutant named Boris who has escaped
and has been blazing a bloody trail toward Chicago.

Also of concern is the attraction Narain feels for Cassie Lambert, a microbiologist he meets attending a fundraiser at the novel’s opening.  Dom encourages him to pursue her but Narain reminds him that revealing his secret isn’t something easily done over a romantic dinner.  This may not be a problem however since Cassie seems to have a connection to his past and has apparently discovered not only the microbes that cause the vampire condition, but also a way to destroy them.  Information Jameson may be willing to kill to obtain.  In trying to protect Cassie from Jameson and Boris, Narain has to rely on skills that he’s allowed to atrophy over the decades and he’s not sure he’s up to the challenge. 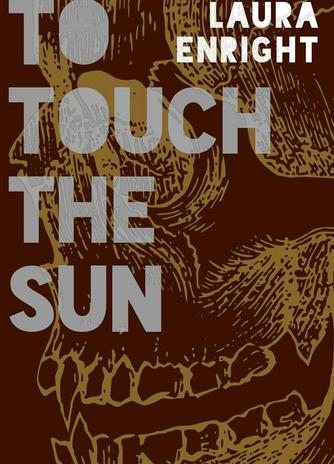 Chicago: beautiful city on the lake.

Off to the right is Lake Point Tower, home to the Narain Khan. When it was completed in 1968 it was the tallest residential building in the world and was meant to be one of three, but the other two were never built.

I like how it suits this city yet is somewhat set off.